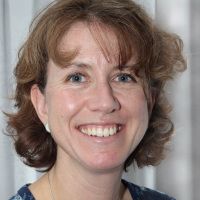 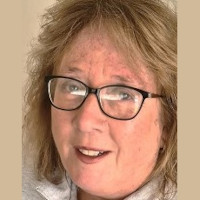 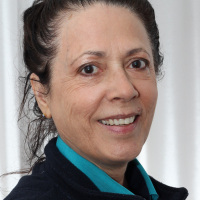 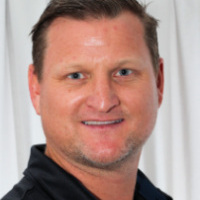 Jenny has been on the board of BHCI since 1989 and has been an active contributor to end of life care since she completed her Certificate in Palliative Care Studies. She has been involved during that time in the training of the Hospice volunteers and has also conducted training for Health professionals and facilitated workshops and seminars for community members.

Coming from a Counselling background, Jenny has specialised in work with the dying and in grief, loss and bereavement. She has worked as director of South West Counselling and has had her own counselling practice. Jenny has a real commitment to the principle of compassionate palliative care and of the inclusion of volunteers in clinical care at the end of life as it ensures that those receiving care experience a feeling of community inclusion.

Tamsin is a General Practitioner who has been working in Busselton since 2014. She has clinical interest in Palliative Care and is passionate about improving access to End-of-Life and Bereavement services within the Busselton community. She has seen the positive impact that the work of the dedicated BHCI volunteers and staff has had on her own patients and families. As a result of this recognition, she joined the BHCI Board in 2021 so that she could help develop the services for the community and retain the essential connection between the organisation and Primary Care.

Tamsin has recently been successful in gaining a place on the Busselton Inclusive Communities WA (BICWA) program and has taken an interest in the Governance area within the organisation.

John is a recently retired Chartered Accountant who has lived in Busselton since 1981. He initially worked for two Perth Accountancy firms, J Wade & Co and Ernst & Young, before moving to Busselton to work for Ernst & Young, Busselton branch.

In 1991, he joined John Davies in partnership commencing Hanlon Davies Chartered Accountants after buying out the Ernst & Young local branch. His whole working career has been in the Business Advisory Tax area, acting for a diverse range of clients.

John’s early years were spent on the family farm at Bruce Rock and his final schooling was completed at Trinity College, Perth. He graduated from Curtin University in 1974 having completed an Accountancy Degree.

Community involvement over the years has included membership of the Busselton Apex Club (president 1987), Board Treasurer at St Joseph’s Primary School, and Treasurer of the Busselton Tennis Club. His current interests include golf, following AFL and cricket, as well as travelling.

Rose Gibbons has recently retired, and brings her extensive experience as a Medical Practice Manager and Executive Assistant to the position of Board Secretary.

Jeannie is an Occupational Therapist and has been a Hospice Board Member for over 31 years.

She has held the positions of Treasurer, Secretary, Committee Member and is currently the Vice Chair Person. Her specialties are Hand Rehabilitation, Lymphoedema management and home modifications for safe independence. She is a Grandmother, a farmer and enjoys dancing, yoga and singing.

Kimball is a passionate and motivated Human Resources professional with over 20 years’ experience in the Human Resource and Industrial Relations (HR-IR) field across the Government, Mining & Resources, Transport & Logistics, and Hospitality sectors.

Kimball relocated to Busselton in early 2020 with his wife and two young children and loves being part of the community in the region. Kimball’s belief in giving back to his local community is his motivation for becoming a member of several sporting, day care and school committees.

Kimball loves his sport however admits these days most of his time is now spent spectating rather than participating.

Michelle moved to Busselton with her family in 1996 and soon established a home in Abbey.

With a background in Public Relations & Marketing she has extensive experience co-ordinating special event programmes from inception to completion for organisations such as the Red Cross Society (WA Division), Activ Foundation Inc., and Mission Australia. Over the years she has volunteered for a wide range of local schools and sporting groups, as well as Busselton Family History Group, Busselton Toy Library, and Australian Red Cross Society.

Michelle completed a Business Degree (Marketing & PR) at Edith Cowan University in 1997. During her studies, she was asked to become a sessional marker and occasional guest speaker in the field of Public Relations.

With a child at school and a husband who often works away (Geologist), Michelle started a home-based marketing business which she successfully ran for 9 years. Current community involvement includes membership of the Rotary Club of Busselton-Geographe Bay, Busselton Jetty Inc., and Presidency of the Bay to Bay Action Group Inc. Personal interests include music, genealogy and psychology.

to remember a loved one with a Virtual Remembrance Balloon.

and recipient of the